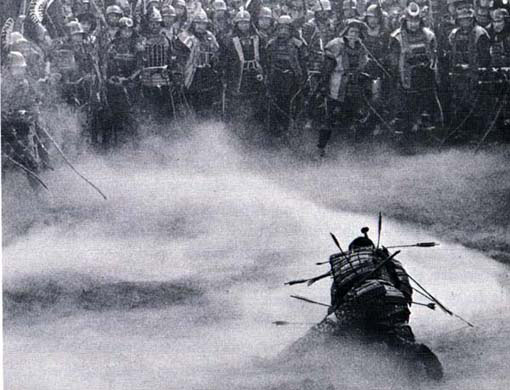 I have something new for you to try! But first, I’ll ramble a bit…

Currently, I have my players doing some testing for the marital arts expansion of HAVOC. Quite a few unique mechanics have been added to the core (as well as some more detailed rules to represent various fighting styles and weapons). One of the things that was added to make the combat feel right is the concept Wounds.

So, how do Wounds make martial arts based combat ‘feel’ right? Well, to truly illustrate that, I would have to give you a few more details that are not quite ready for the public- you have to have a few secrets, right? Generally speaking though, Wounds actually make all HAVOC combats a bit more realistic because…

In HAVOC, as models receive Wounds, their ability to move, attack, and defend themselves is compromised.

The above concept seems like an obvious one, but it’s rarely modeled into the mechanics of a miniature game except when dealing with large machines and/or creatures. The rules I’m going to give you today will allow you to give any model Wounds. I’m sure you noticed that I said rules. Why? I’ll tell you. But first, another concept…

In HAVOC, models with the Wounds trait do NOT have a specific number of wounds assigned to them.

So, if a model doesn’t have a specific number of wounds assigned to it, then how do you know when it’s dead? Good question! This is why I said rules. To use the Wounds trait, you will have to understand a mechanic known as Lucky 13 (which you’ll be seeing a lot more of in other rules and interactions). We’ll discuss the specifics of how it affects wounds within the body of the rules. The general idea, though, is that if a roll requires a Lucky 13 check, then a result of 13, or higher, will trigger something. This ‘something’ is almost always only lucky for one of the players. Now, for the rules:

How do Wounds work?

1. Anytime a model has a successful DMG roll against a model with the Wounds trait, you place a Wound token of the models base.
2. If the attack was a non-lethal attack, then nothing else happens, and play continues as normal. (this does not apply to your rules at this time!)
3. If the attack was a lethal attack, then the attacker rolls a single d6 for each Wound token on the model. This is called Mortis Fatalis, or simply, the Death roll. This roll is subject to the ‘Exploding 6s’.
4. When making a Death roll, ALL dice are kept, as Wounds are considered Damage over time.
5. The Death roll may NOT be boosted with HAVOC tokens, but may benefit from Augmentation (remember, to Augment, you have to be within 12 inches of the model targeted).
6. If the total of the Death roll is 13 or more, then the Wounded model is eliminated. If not, then play continues as normal.

Remember! Any roll that has a trigger and/or result on a 13 or higher, is know by the moniker ‘Lucky 13’.

On having Wounds…
1. A models that has the Wounds trait may carry any number of Wounds.
2. For each Wound that a model has, its MOV, MAD, RAT, and RDF are reduced by 1, to a minimum of 1.
3. Wounds gained in a melee, do not affect the MAD tokens that have already been declared in that Assault (that combat is already happening, and over in a small fraction of time). It will affect the models statistics in all future Phases, including ‘The Swing’.
4. Movement and Ranged Attacks that are made by spending HAVOC tokens are performed using the base statistics for MOV and RAT (in effect, they ignore Wounds).
5. MAD gained from Standard Bearers are added BEFORE the penalty for Wounds is applied.

So, as I’m sure clever gamers have already surmised, the Magus and Standard Bearer just got quite a bit more interesting. Augmentation, Intervention, and Inspire can do much to offset the effects of Wounds. Likewise, this opens up the possibility for things like a Regeneration trait, and maybe, just maybe, a Healing spell. For players who want more of a skirmish experience, liberal use of the Wounds trait can seriously reduce the model count and table area needed to play a game. As always, I look forward to hearing about your games and opinions on the Wounds trait and Lucky 13!