A shift in Momentum…

If you have played even one game of HAVOC, then you know that Momentum can be very powerful- and very fickle. You do have some tools at your disposal, in the form of HAVOC tokens and die gained from The Rules of Form, to nudge the hand of fate in your direction. However, many players would rather save their HAVOC tokens for Cut Scenes and individual heroic exploits. Likewise, as players become more experienced (and get their armies painted!), die gained from the application of the ‘Poor Form!’ and ‘Good Show!’ rules are few and far between. So, what do you do if you want to have more control over the shifts of Momentum? I’ll tell you!

– Does that only count as one?-

This is a variant rule that allows you to have a little more control over your fate. On each turn of the game, players will keep track of which models were eliminated. At the ‘top’ of the next turn, before The Opening, each player calculates how many points (not models!) their opponent destroyed. The player who dispatched the greater number of points on that turn gains an extra die to be used on that Momentum roll.

I love this rule! It really changes the tactics you use in the game. Not only that, and best of all, it is completely self regulating. How? Your opponent destroys 6 of your skirmishers, and you take out 3 of his heavy cavalry. Although your opponent destroyed a greater number of models, you took out a group with a higher points value. This built-in balance keeps running a ‘horde list’ a completely viable option. 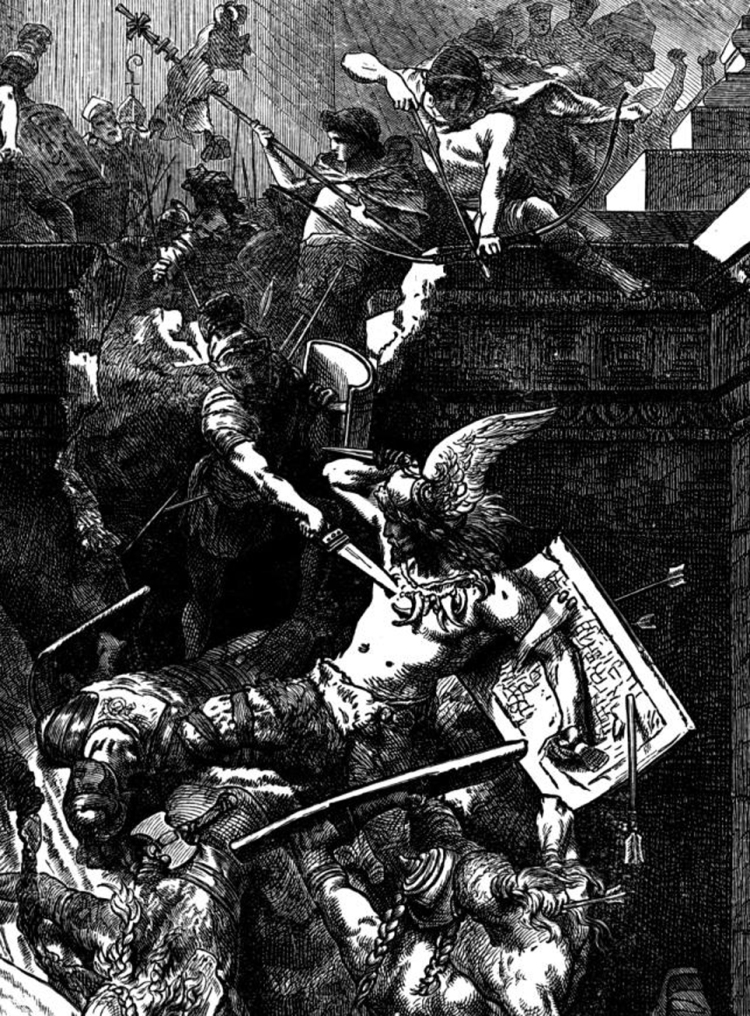 I recommend using this variant in combination with the ‘Does that only count as one?’ rule above. At the same time? Yes!

With this rule, any time that one of your Named models is taken out by an enemy attack, then your opponent gains an additional die to Momentum during the next Opening. If your Named model was eliminated in a Challenge!, then your opponent gains an extra die to Momentum for the rest of the game. It’s one thing for a stray arrow or lucky blow to fell one of your heroes, but to see them bested in single combat is truly demoralizing. If you think that seems like a huge advantage that could swing the tide of the entire battle… you’re right. Just like here:

The addition of these two rules can really change the composition of your armies and the tactics you employ. As always, enjoy!